The second concert of the 154th season of the Michigan City Municipal Band (MCMB) will be held Thursday, June 16, 7:30p, at the Guy F. Foreman Bicentennial Amphitheater in Washington Park.

The June 16 concert repertoire will be: 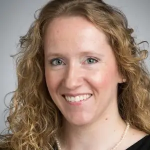 John Philip Sousa composed Hands Across the Sea in 1899, with no specific overseas country in mind. It was meant to symbolize America’s friendship with other nations around the world. Coincidentally, the march was on the program for the Sousa Band’s first European tour the year after it was composed.

The James Bond Suite will showcase Anne Marie Bice singing four well-known Bond songs: James Bond Theme, Live and Let Die, For Your Eyes Only, and Goldfinger. Then Prof. Bice will take us to the Emerald City with Warren Barker’s arrangement of Over the Rainbow from The Wizard of Oz.

The MCMB sincerely appreciates the weekly efforts of staff members Allen Smith—audio technician, and Ruben Alexander—videographer. The concert will feature a selection to be played in honor of each gentleman. For Allen Smith, that composition will be Ring of Fire by June Carter and Merle Kilgore. Released in 1963, Ring of Fire was a number one hit for Johnny Cash It earned the rank of number four on the Country Music Television “100 Greatest Songs of Country Music”, and number 87 on Rolling Stone’s list of the “Greatest Songs of All Time.” Allen Smith can often be heard playing Ring of Fire to test the MCMB’s audio system. Ruben Alexander is a fan of many classic rock bands, including The Doors. Ruben will be recognized by playing a medley entitled, The Doors in Concert, which includes Touch Me; Light My Fire; Riders on the Storm; Hello, I Love You, and Love Her Madly.

It’s All Right was composed by Curtis Mayfield and became a hit for The Impressions in 1963. The song was recently featured in the Disney/Pixar movie Soul. Curtis Mayfield won both the Grammy Legend Award and the Grammy Lifetime Achievement Award. He’s also in the Rock ‘n Roll Hall of Fame and the Songwriters Hall of Fame. One of America’s most important soul musicians, Mr. Mayfield first gained fame as a member of The Impressions.

Composer John Gibson earned degrees from Texas Tech, West Texas State, and the University of North Texas. He is an arts administrator at Southern Methodist University and resident composer for the Dallas Winds concert band. Resting in the Peace of His Hands is a gentle composition that reflects Dr. Gibson’s impressions of a sculpture of the same name at Harvard University. The German sculptor, Kaethe Kollwitz, created the artwork.

The Circus Bee is a dazzling march by Henry Fillmore, and the title of a fictional circus newspaper that Mr. Fillmore created. Henry Fillmore (1881-1956) played trombone in circus bands, and was a conductor and guest conductor for professional bands and school bands. Mr. Fillmore was an especially popular composer, and he sold even more music because he used seven pseudonyms: Harold Bennett, Ray Hall, Harry Hartley, Al Hayes, Will Huff, Henrietta Moore, and Gus Beans.

The concert will close with the band and Anne Marie Bice leading the audience singing Mark Williams’ arrangement entitled, A Patriotic Festival. The medley includes:

I’m a Yankee Doodle Dandy; America; America, the Beautiful; and The Battle Hymn of the Republic.