The sixth concert of the 154th season of the Michigan City Municipal Band (MCMB) will be held Thursday, July 14, 7:30p, at the Guy F. Foreman Bicentennial Amphitheater in Washington Park. 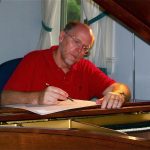 In addition to several selections in popular and traditional styles, the band will present the premiere of its 2022 commission, Where the Stormy Winds Blow. This engaging work was composed by Jesse Ayers of Ohio. Among Dr. Ayers’ many honors are the 2020 Governor’s Award for Ohio’s Outstanding Artist, and the inaugural American Prize for Orchestral Composition in 2011. Dr. Ayers holds the DMA degree from the University of Kentucky, and is Professor Emeritus at Malone University. Dr. Jeffrey Scott Doebler, conductor of the MCMB, has had the privilege of conducting five premieres of Dr. Ayers’ compositions, as well as creating audio and video recordings of the composer’s music. 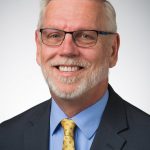 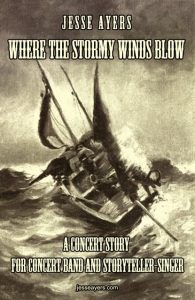 Where the Stormy Winds Blow is based on a true story that occurred on Lake Michigan in 1873. It happened during a supply run from Beaver Island to Traverse City. The saga is based on 1937 audio ﬁeld recordings from the Library of Congress. These Library of Congress recordings are oral accounts from two residents of Beaver Island who had personal knowledge of the events that took place. The gist of the story is what led to a happy ending after a tragic shipwreck.

The composition also employs a Lake Michigan sea shanty called The Gallagher Boys, also captured on the 1937 ﬁeld recordings. Members of the audience will have the opportunity to sing along on the shanty, by joining on the repeat of the one-line refrain.

The audience will be captivated by this compelling story.

The MCMB is honored that Dr. Ayers plans to attend the concert on July 14.

The parking fee on Thursday nights for band concerts has been reduced to $4.00.

Jeffrey Scott Doebler is the conductor for the MCMB, and Quincy Ford is the assistant conductor. Dr. Doebler serves as director of music education and bands at Valparaiso University. Mr. Ford, principal saxophone in the MCMB, is retired director of bands and music department chair from Michigan City High School.